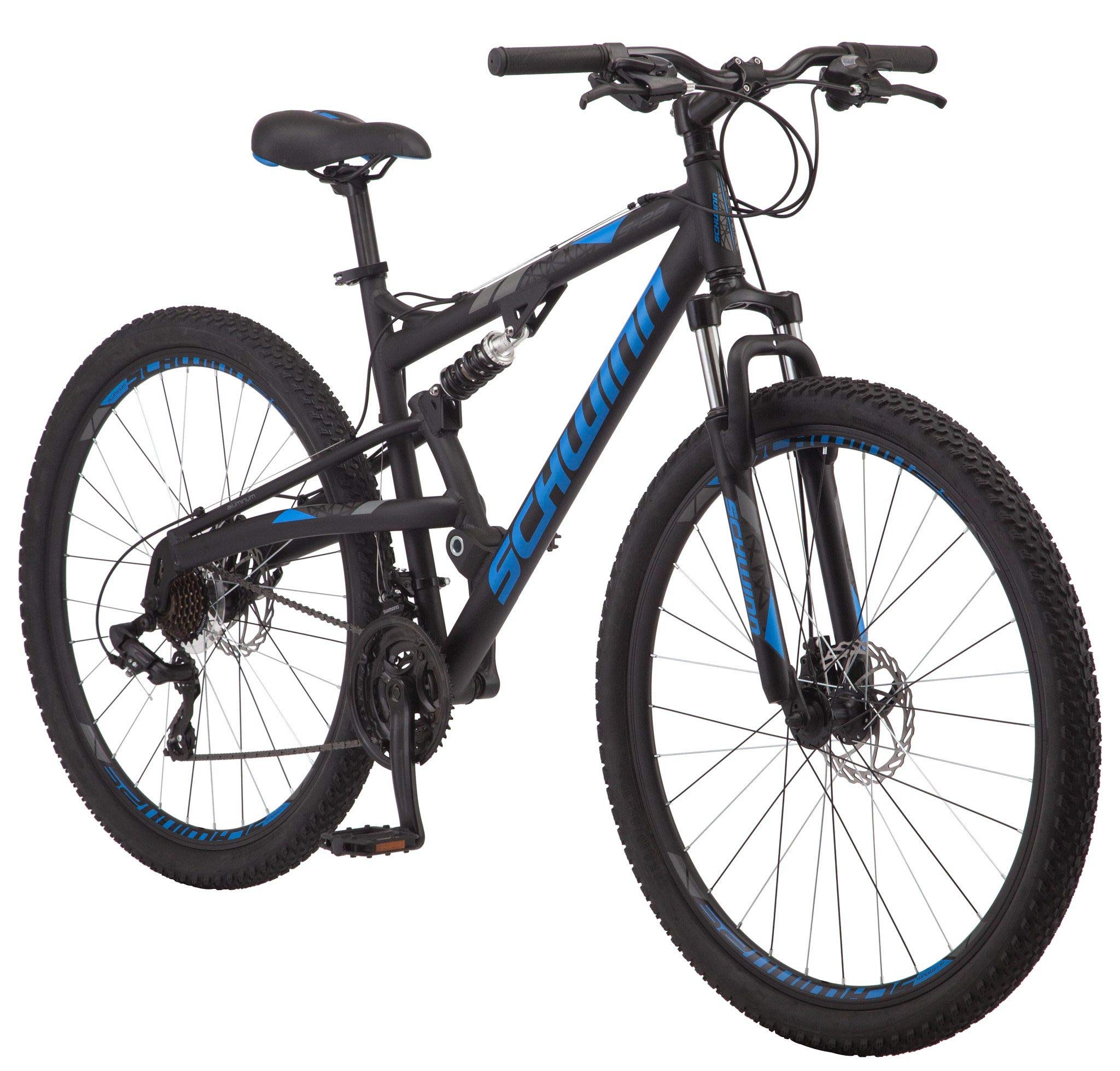 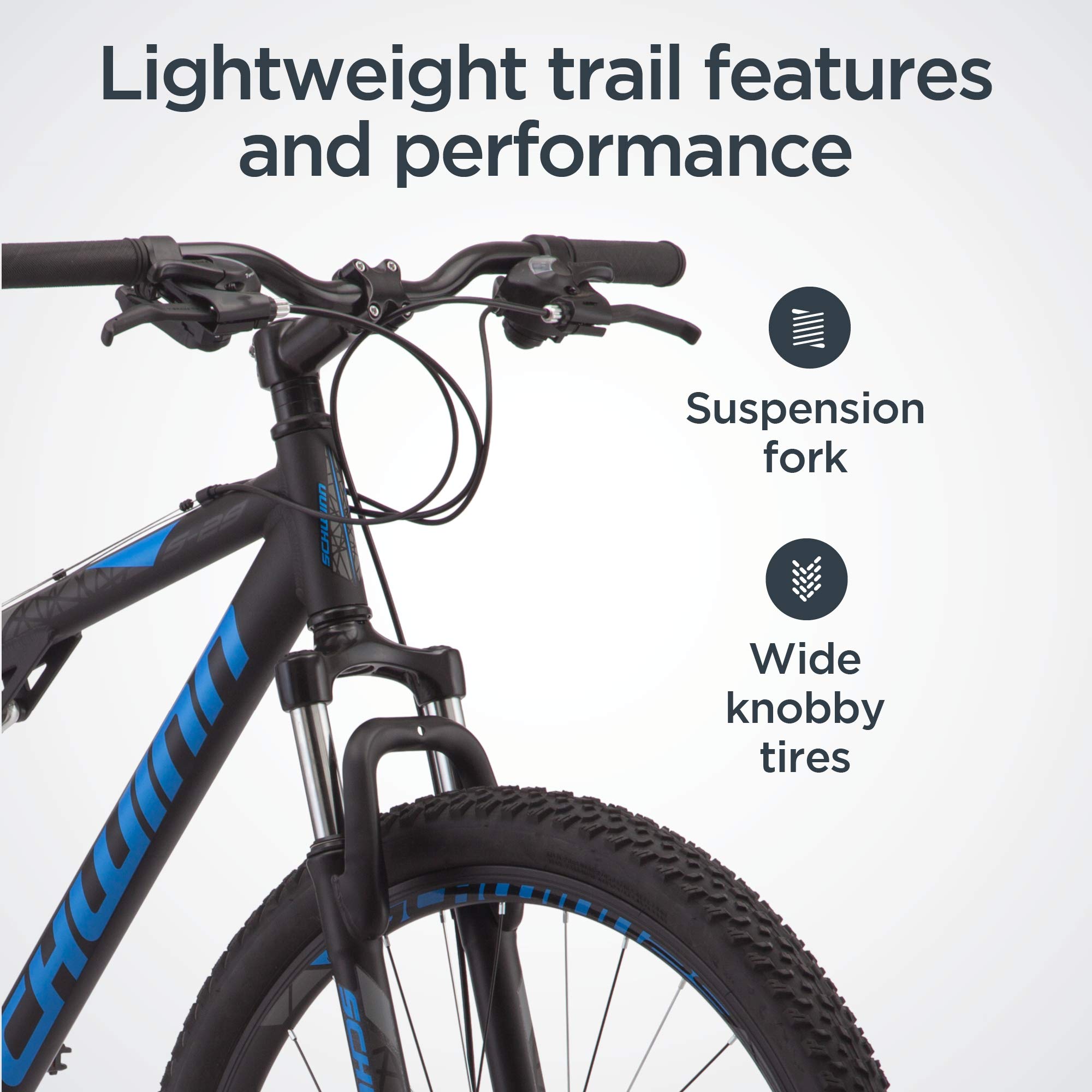 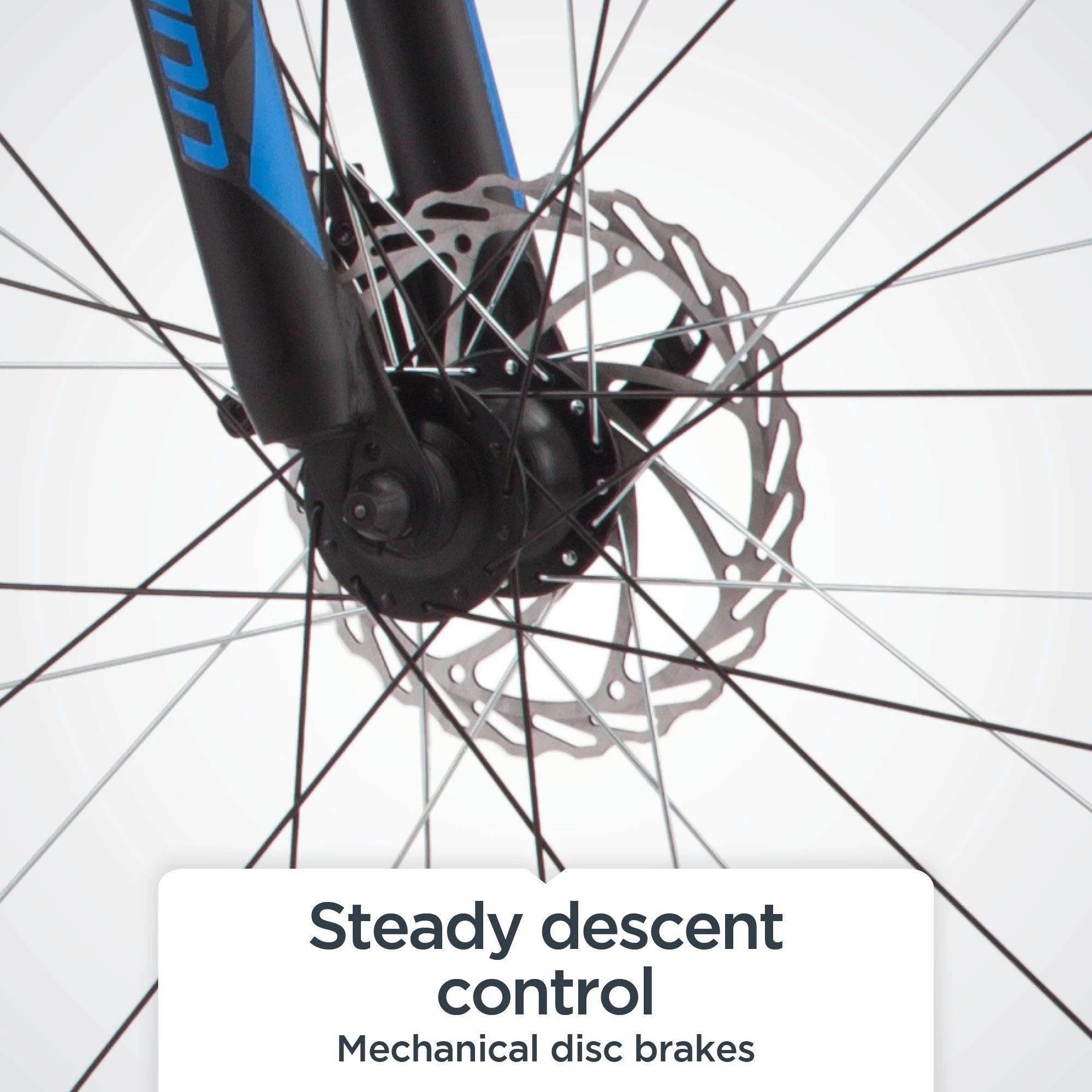 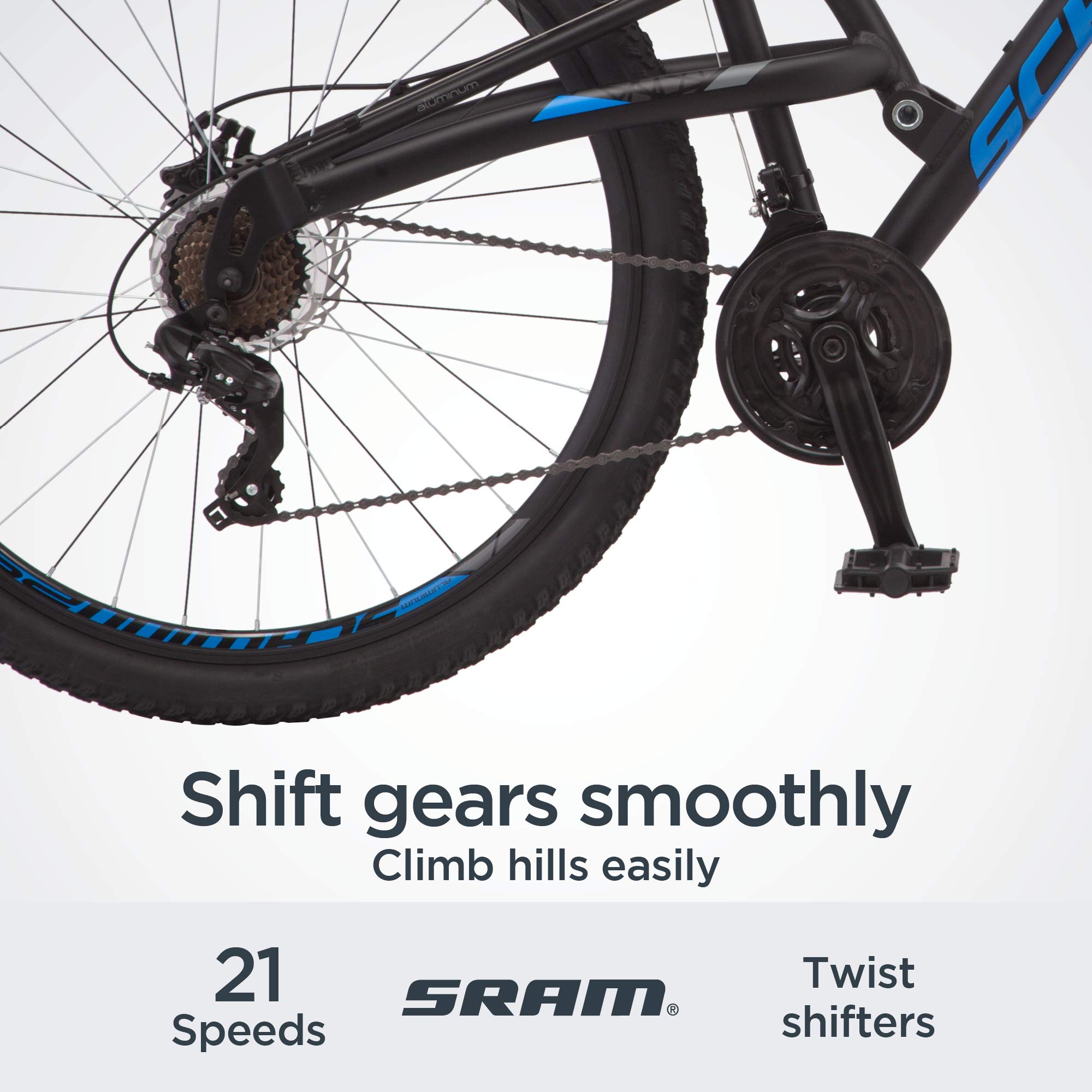 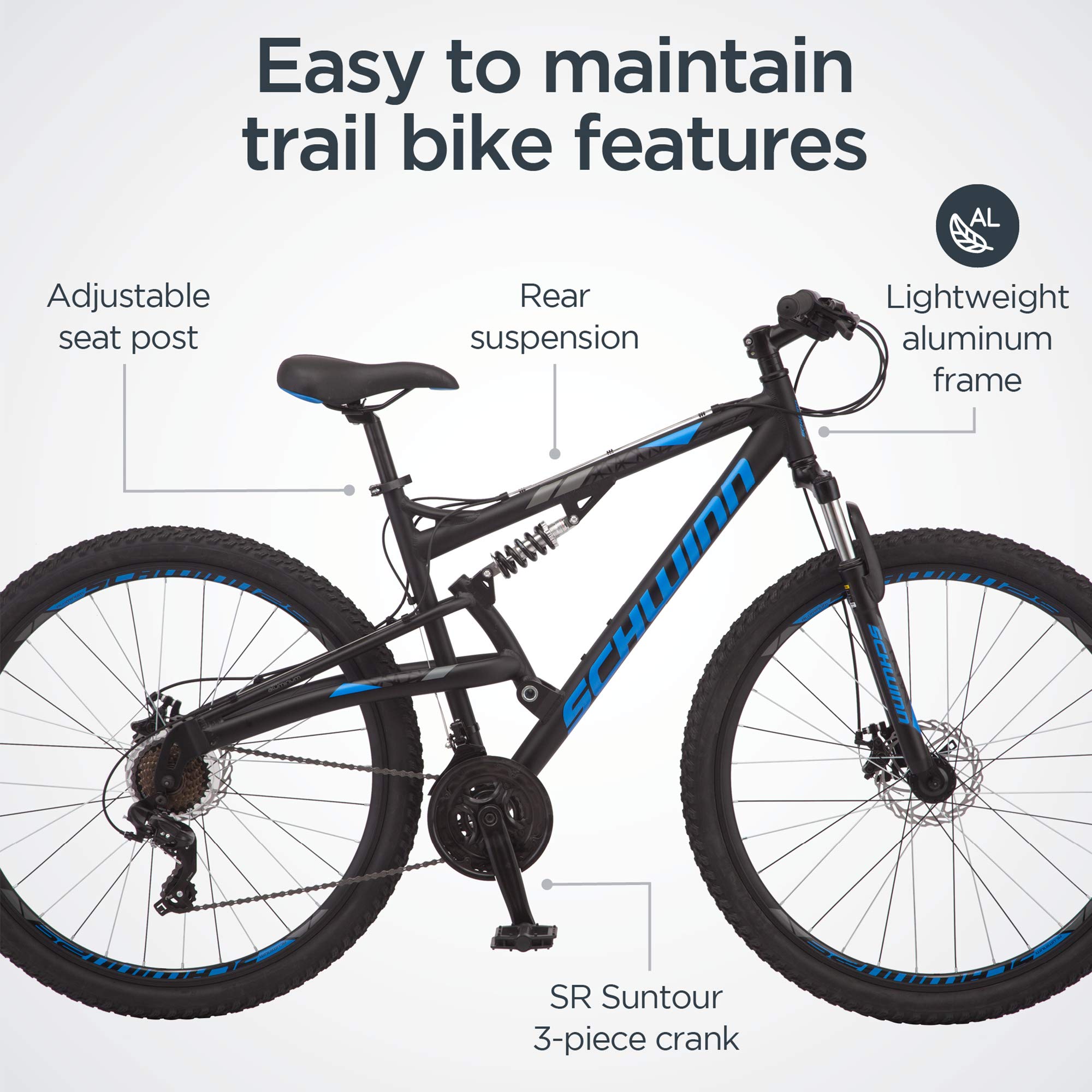 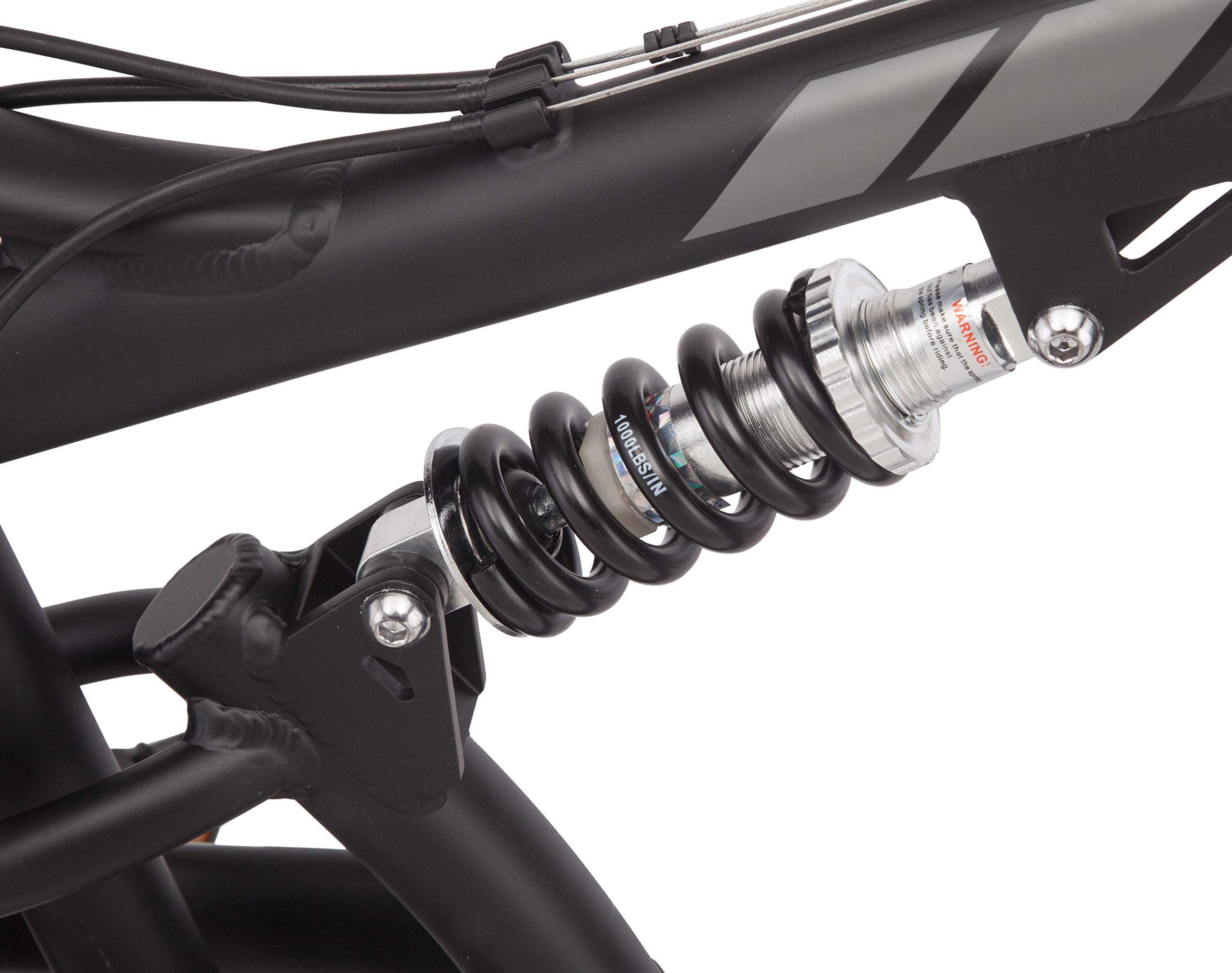 You’ll appreciate the responsiveness and added bump absorption from the rear shock. 21-speed trigger shifters and front and rear derailleurs offer precise shifting, but also a super wide gear range that will let you tackle varying terrain in the same ride. Front and rear mechanical disc brakes provide the utmost stopping power in any riding condition, while the light double wall alloy 29er rims and knobby mountain tires roll over obstacles and around corners easier.

If you’re looking to step up your mountain biking skills without breaking the bank, then look no further. The S29 Mountain Bike from Schwinn is the perfect bike to go out and conquer the trails on. Equipped with a sturdy Schwinn aluminum dual-suspension frame featuring a front suspension fork and rear shock, every trail is now in play. What are you waiting for? Enjoy the freedom of riding a Schwinn mountain bike.

Founded in 1895 in Chicago, Illinois, the Schwinn mission has been to develop bicycles that allow people to experience the confidence and freedom that comes from riding a bike.

Over the last century, the bicycles, designs, and riders have evolved, but our commitment to the Schwinn mission has remained strong. Schwinn is excited to be on this journey with you.

As we continue to build upon our heritage of being America’s most loved bicycle brand; we look forward to another century of sharing our bicycles with explorers of all ages. You can trust that you have our continued dedication to the quality and innovation that has become synonymous with the Schwinn name.