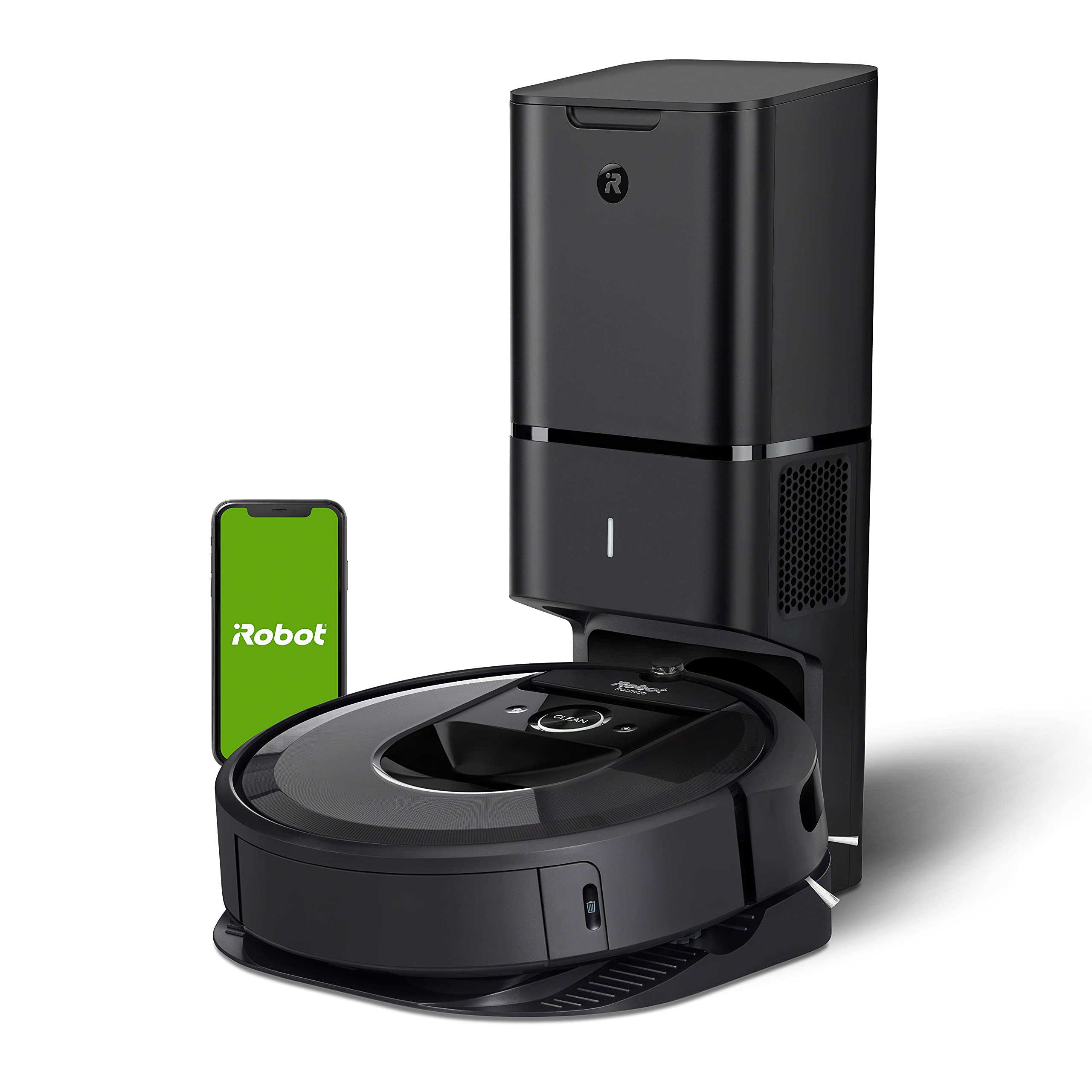 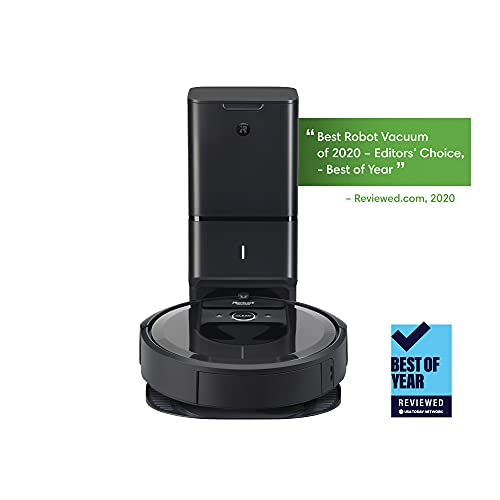 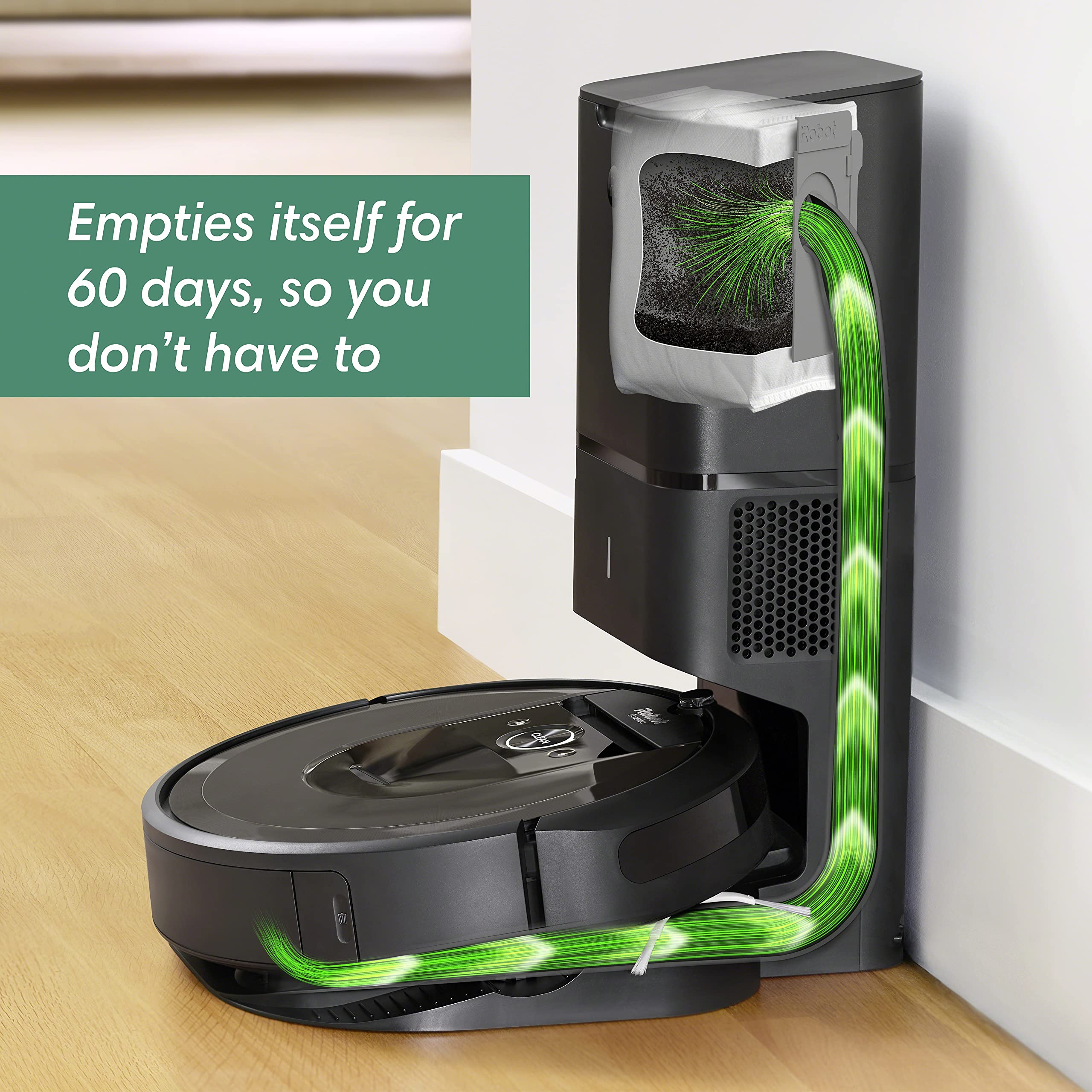 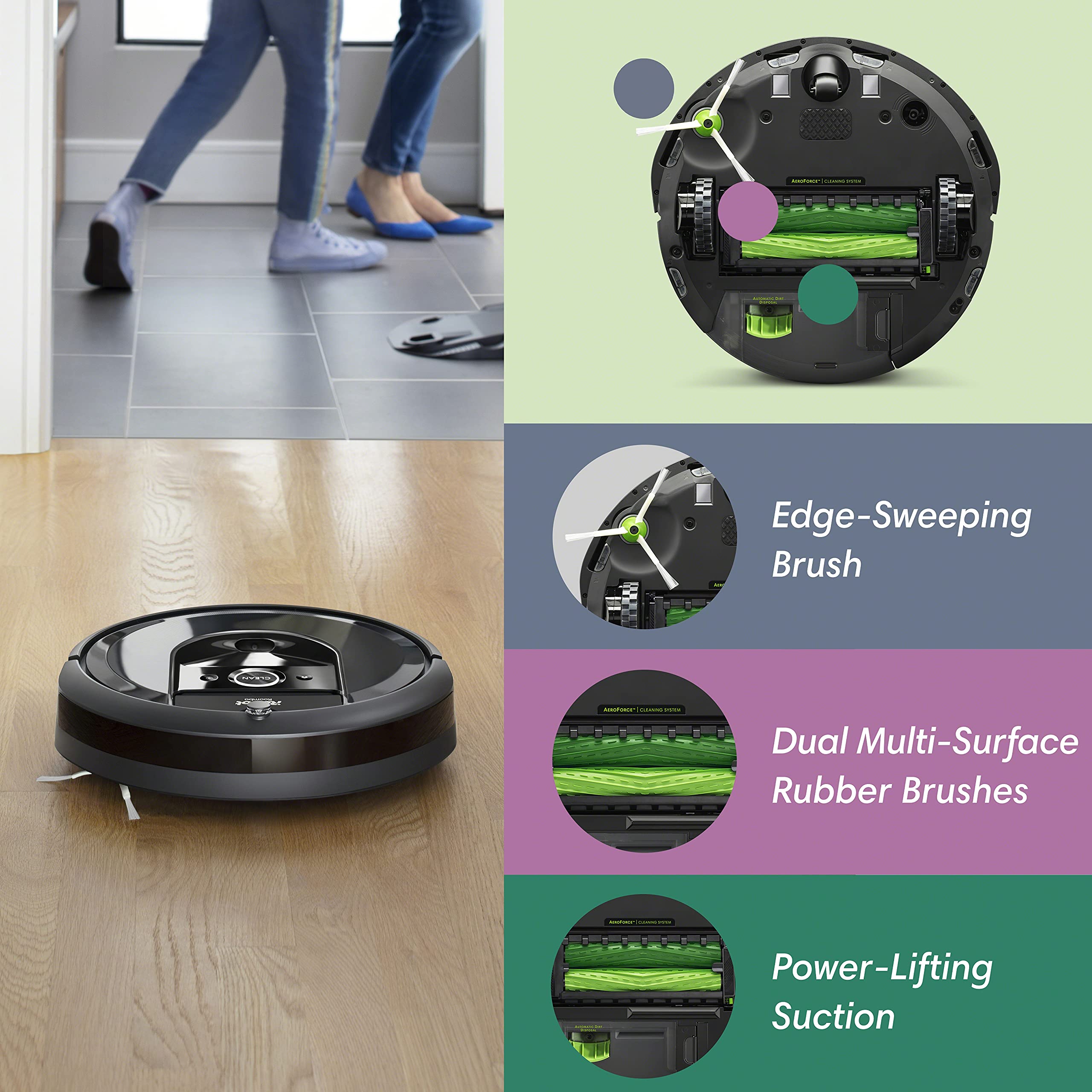 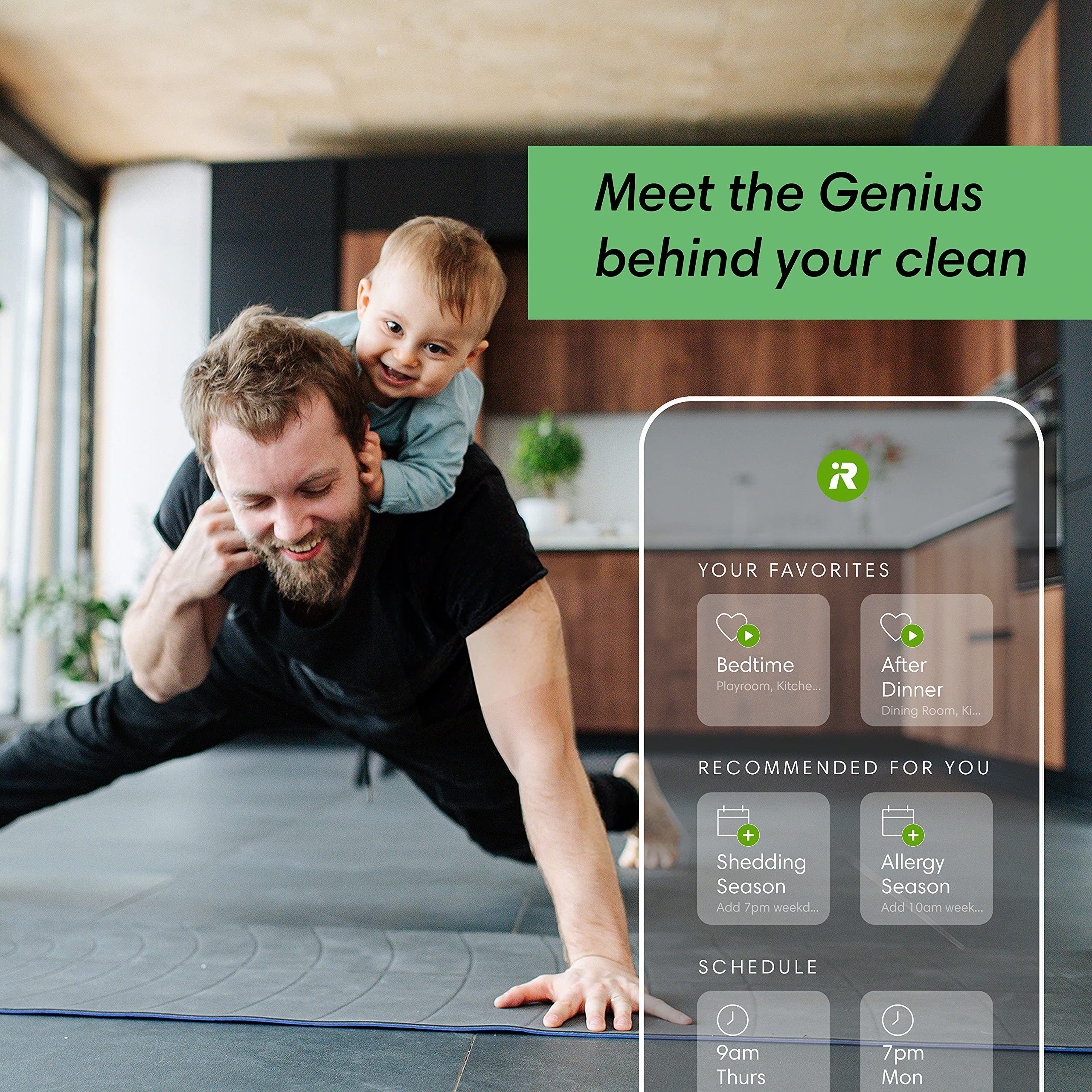 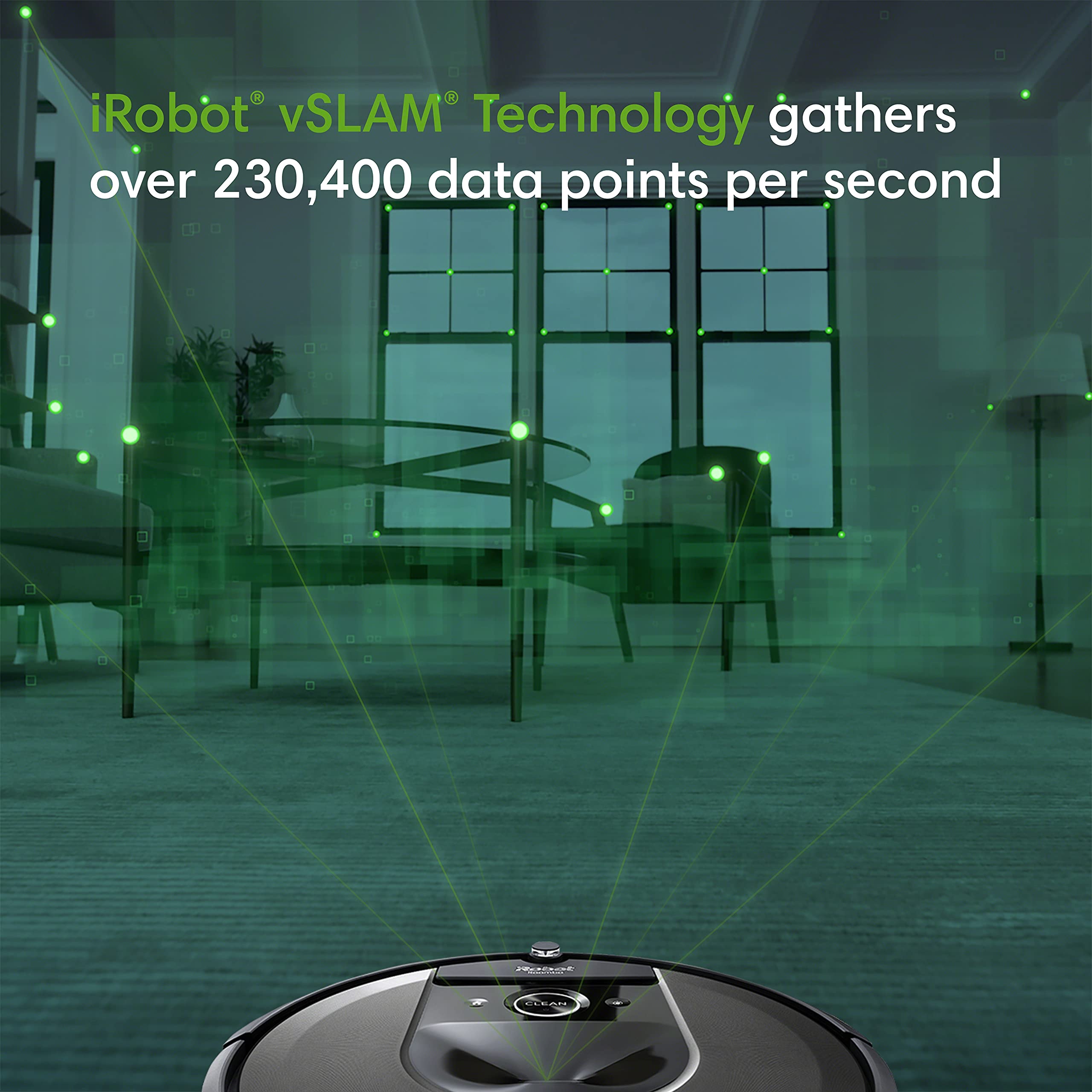 Cleans up after you, & itself

Forget about vacuuming for months at a time with the Clean Base Automatic Dirt Disposal that allows the i7+ to empty itself for up to 60 days.

10x the Power-Lifting Suction & Dual Multi-Surface Rubber Brushes that pull in dirt, debris, & pet hair from wherever it hides.

Intelligently maps & cleans an entire level of your home. With vSLAM navigation, i7+ maps your home to navigate in neat, efficient rows.

From customizable routines to customizable maps, complete control is in your hands. Personalized cleaning suggestions help you stay ahead of messes.

Vacuums messes in the moment

Cereal on the floor? Cat knock over a potted plant? The i7+ can target specific areas within your rooms, like in front of the couch or under a table.

A clean unique to you

Learns from your cleaning habits to offer up customized schedules. Suggests extra cleanings when pollen count is high or during pet shedding season.

Complete control of your clean

With Imprint Smart Mapping, your robot knows your kitchen from your living room, so you can decide where it cleans & when.

You can tell your robot to stay away from certain areas or objects with customizable Keep Out Zones.

Ideal for homes with pets

The dream team of clean

Clean without lifting a finger

Through the iRobot Home app or your Google or Alexa voice assistant, simply tell your robot when & where you want it to clean – & consider it done.

Take out the dirty work

Vacuuming that fits seamlessly into your life. The i7+ learns your home and navigates to where the messes are, right when they happen—so you can effortlessly keep your floors clean. Just say to Google Assistant or Alexa voice assistant, “Tell Roomba to clean under the kitchen table” and consider it done. After each cleaning, the i7+ empties itself into Disposal bags that hold up to 60 days of debris so you can forget about vacuuming for months. Personalized cleaning recommendations and seasonal suggestions help keep floors clean year-round, and 10x the Power-Lifting suction* paired with self-emptying convenience help make life a whole lot easier. *(compared to the Roomba 600 series cleaning system) *(Alexa and all related logos are trademarks of Amazon.com or its affiliates. Google is a trademark of Google LLC).