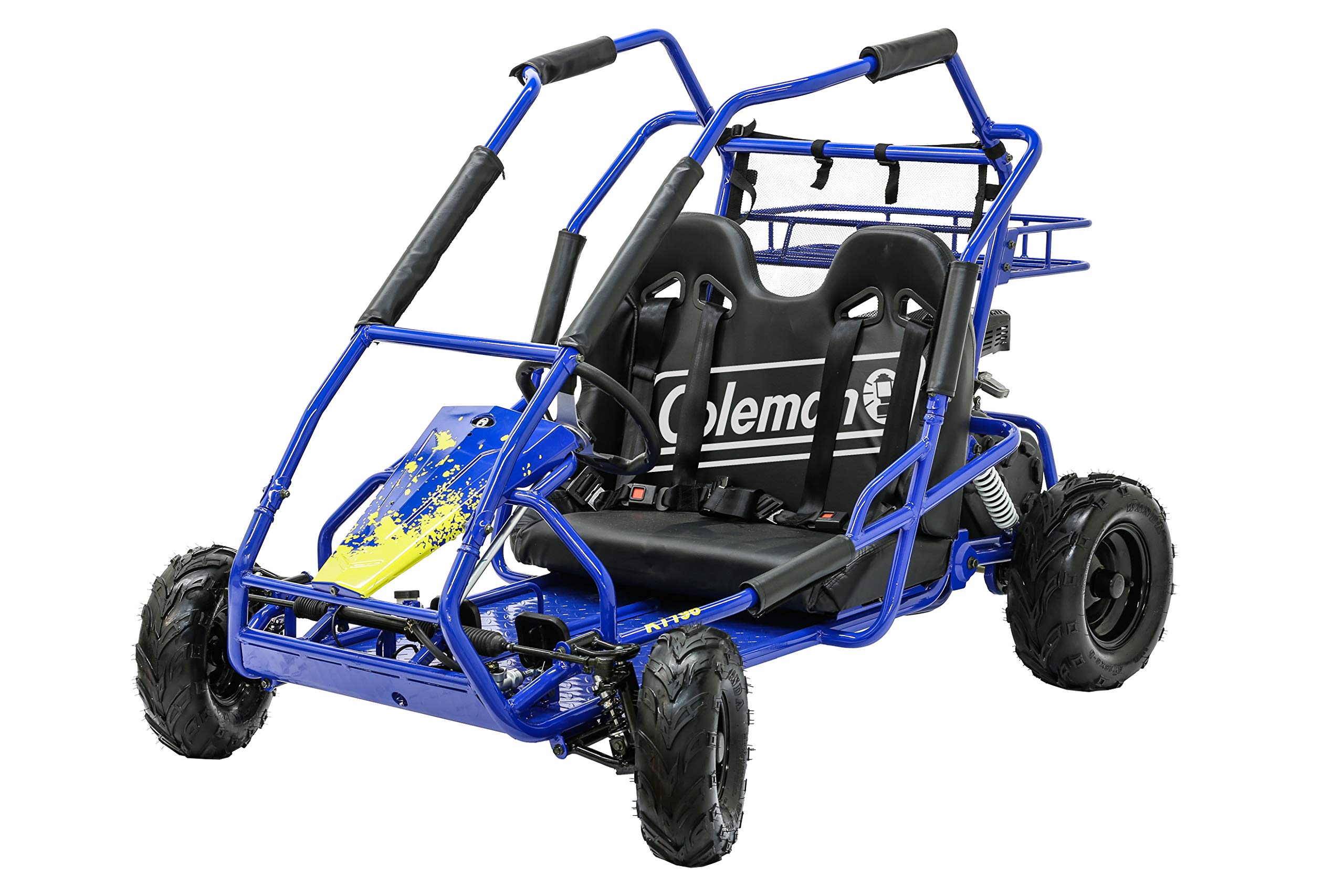 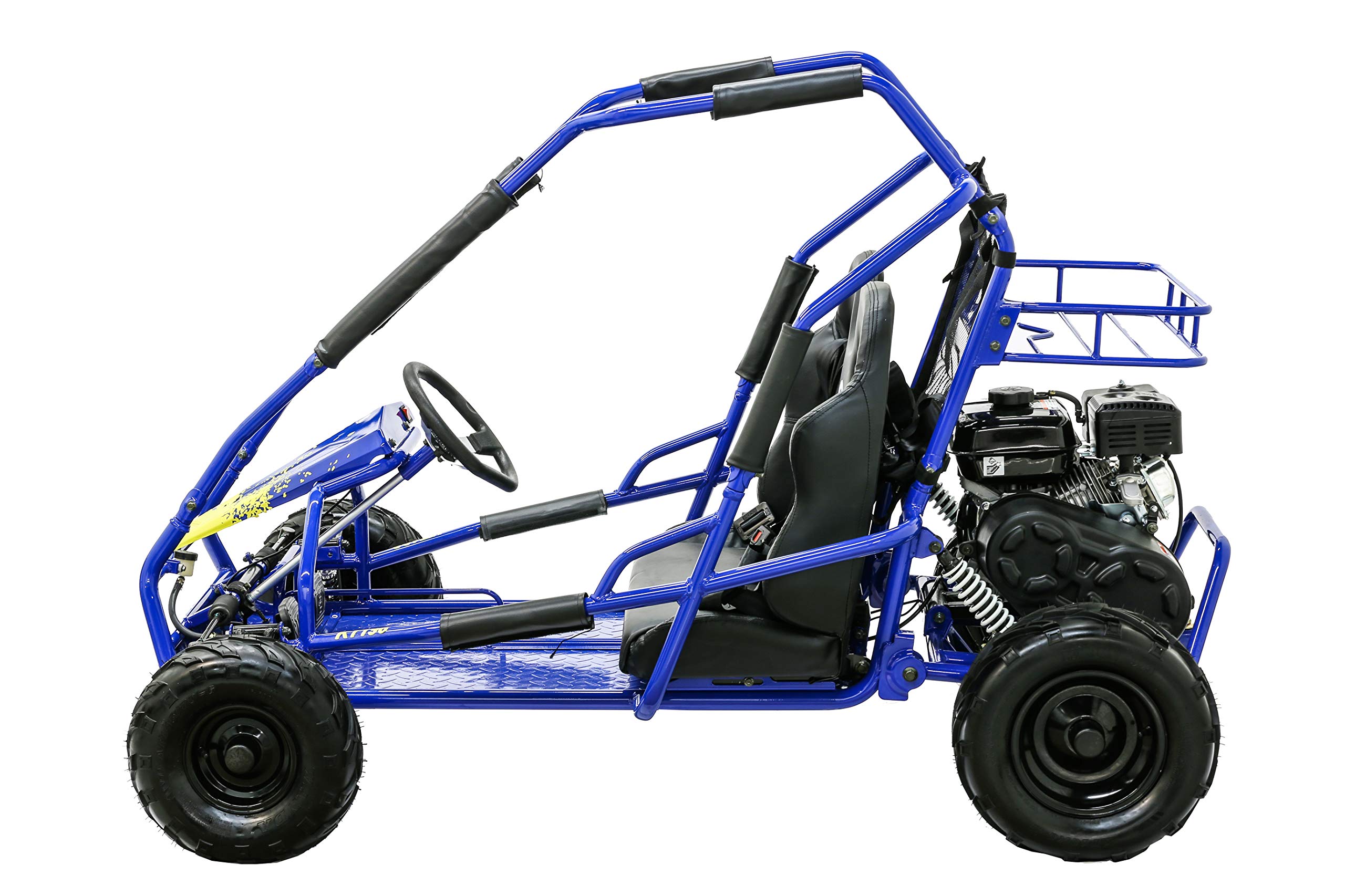 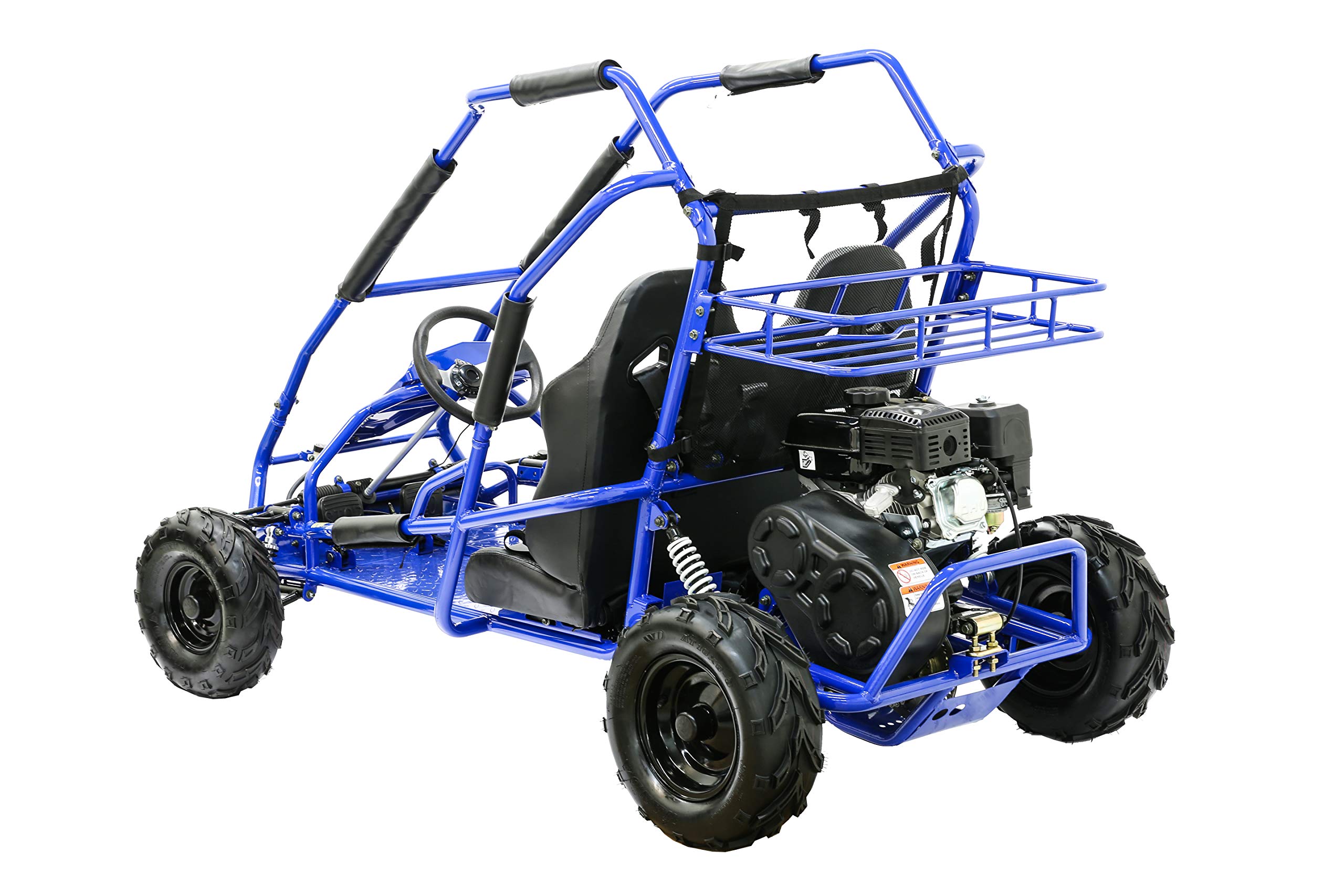 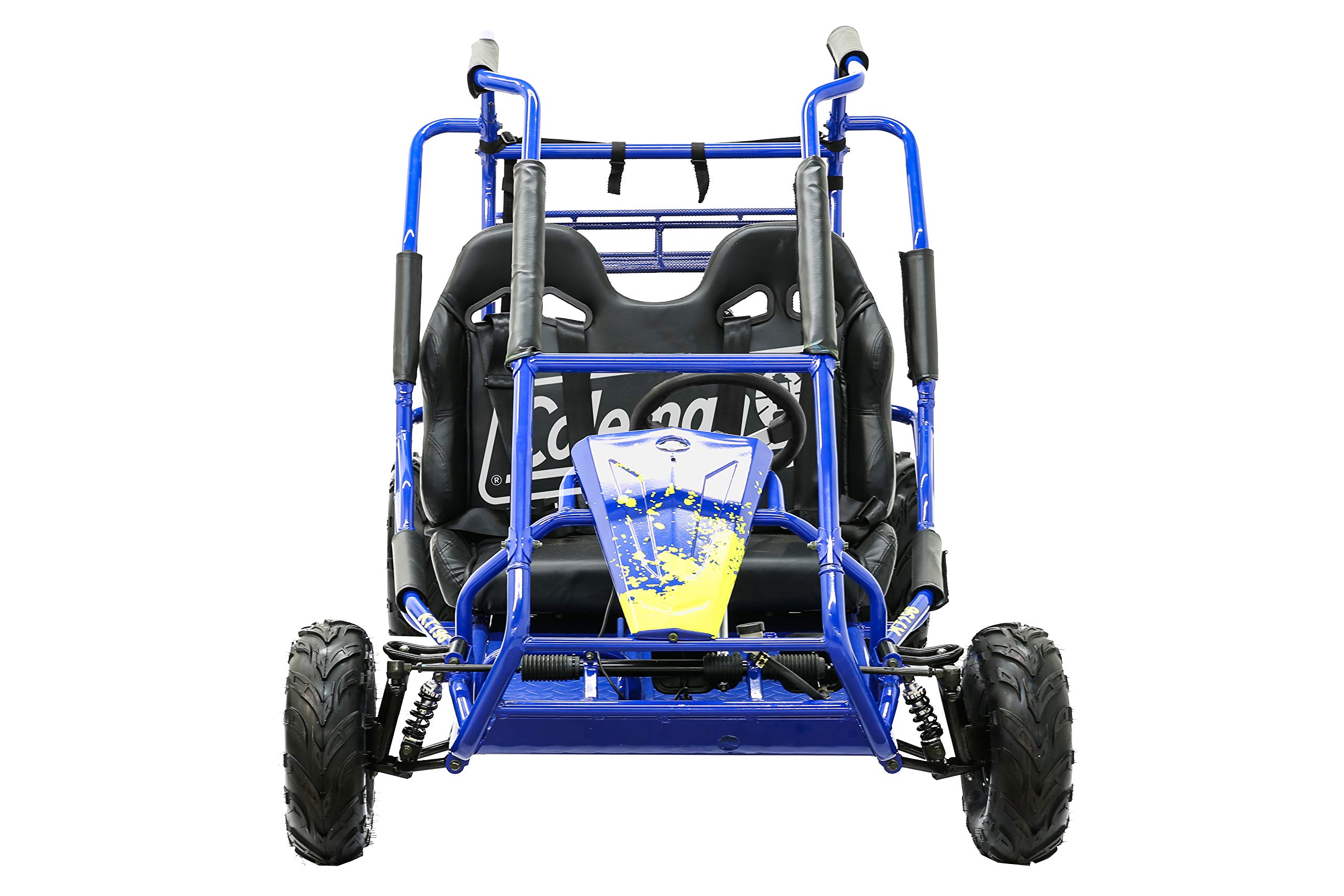 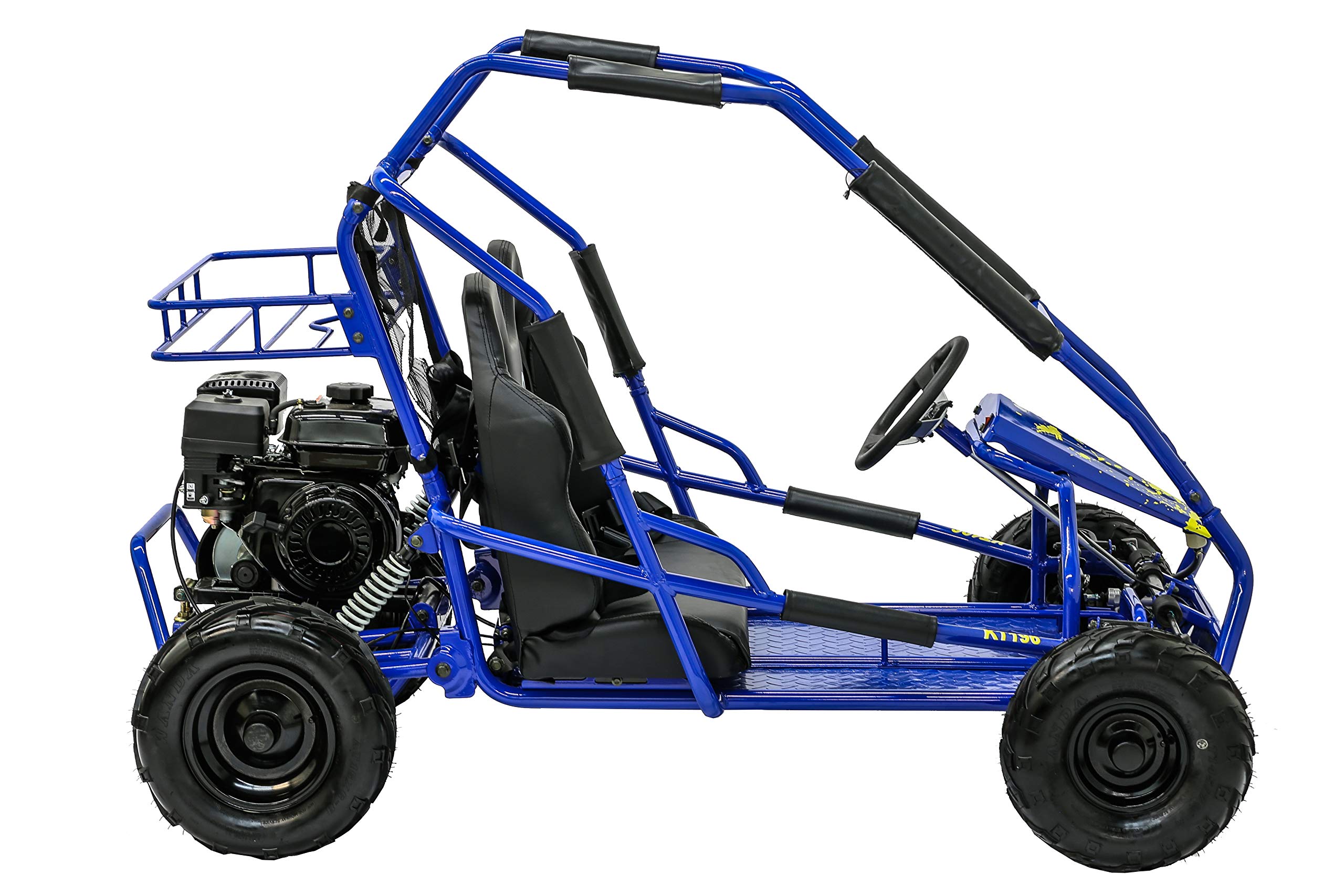 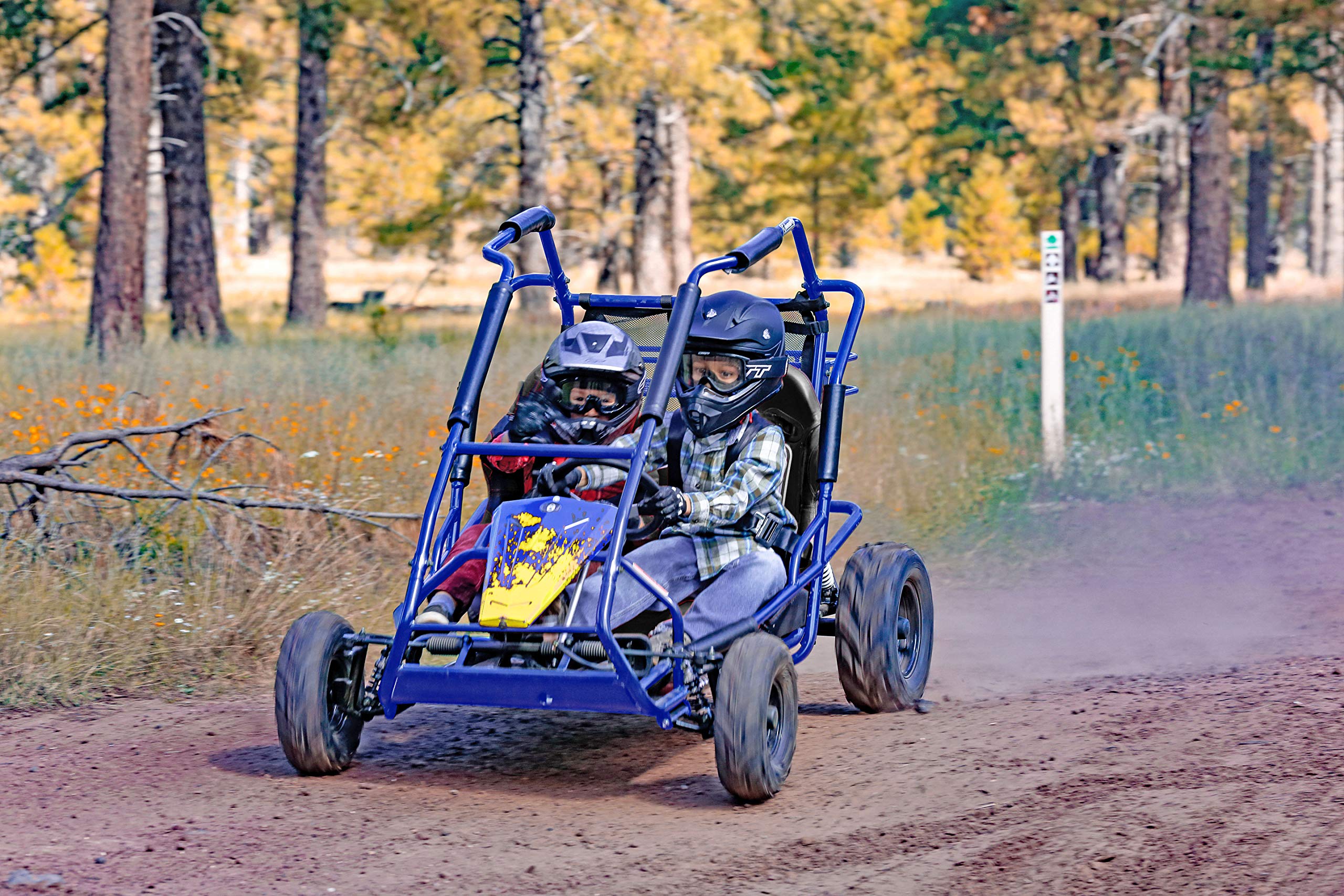 The Coleman KT196 off road go kart is a nostalgic, reliable, affordable off-road go kart that is fun for the entire family. This 2 seat go kart is fully automatic with rack and pinion steering, hydraulic disc brakes and a powerful 6. 5hp engine that will provide great off road adventure.